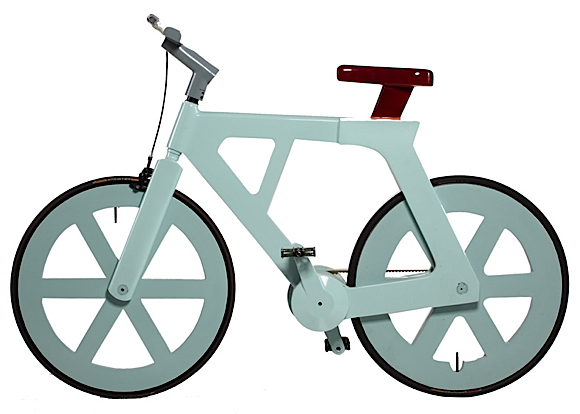 We are living in a world where high tech is a major topic. Most often, new in our world is synonymous of more powerful, speeder, faster, further… It’s an endless quest. Sometimes we just forget about the simplest way to do things. Every action doesn’t need an elaborate tool or a brand new product or a lot of energy. It  can be done differently.  And one of the answer is Low Tech,  a growing major Deep Trend. We see more and more projects developed with that idea.

“Low-Tech Factory” is one of the latest project realized by students at ECAL – a famous Swiss university for Art and Design. During an exhibition,  a selection of machines designed by Bachelor’s and Master’s students of Industrial Design and Product  were presented.

“Low-Tech Factory” tackles the subject of automatic production beloved by designers, bringing together six entertaining machines which throughout the exhibition produce mirrors, hats, sacks, toys, lamps, and even popcorn!

I particularly enjoyed “Rocking-Knit”,  a new interpretation of the rocking chair which offers its user productive moments of relaxation. And, you don’t even need to know knitting! 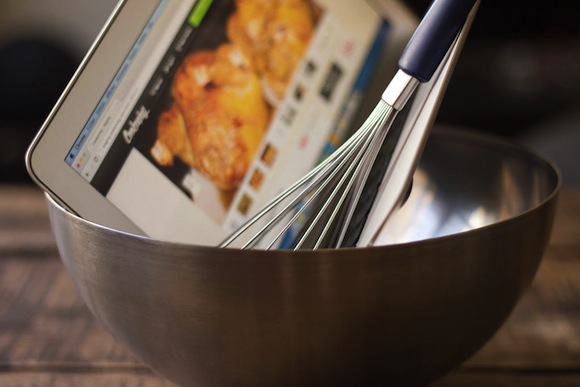 One of the major deep trends is our unlimited interest on Food. We all have seen the growing importance of sharing your best meal on Instagram, the success of TV shows dedicated to Food , the renew of grocery stores…The next level is that we want to be more involved in real life.

Cookening is a new platform that aims at connecting people and cultures through food. It is an adaptation of the French concept “Tables d’hôte” mixed with the power of internet. Complete strangers will be able to meet through the platform and to share a home made meal. It is a real privileged experience where locals and travelers can exchange on food and culture.The Airbnb for food is born!

The team who’s behind Cookening is a French team passionate about three things: discovering new food, meeting new people, and traveling around the world. Currently the platform is on alpha, focused first on Paris before spreading. 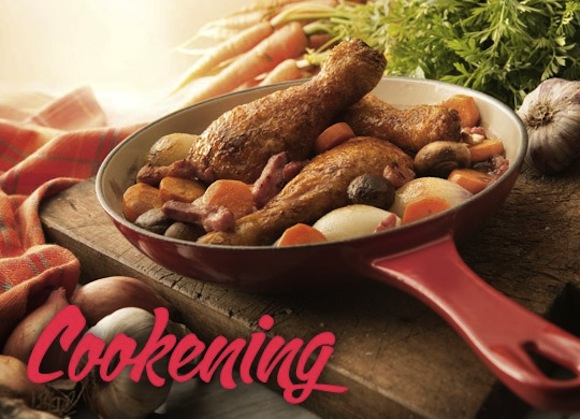 Adults miss toys … Fortunately there are many solutions to resolve that! Some real “old classic” toys have now versions devoted solely for adults. Lego has developed several architectural kits like the impressive one for Frank Lloyd Wright’s Fallingwater.

Ingrid Hulskamp, recently graduated from Central saint Martins, has created a series of contemplative toys for adults.
She says:”these objects remind us of the candid fun we had as a child, when we fully got caught up in the moment.” She wanted those toys to catch our attention, to afford us a poetic moment with different sensory experiences: tactile, visual and sonorous.

The ideas behind those signals, coming from major companies and from young talent, are that tangible items are taking on a new allure in a very digitized world and that we, as adults, really want to have our own toys which are more than just fun and games. 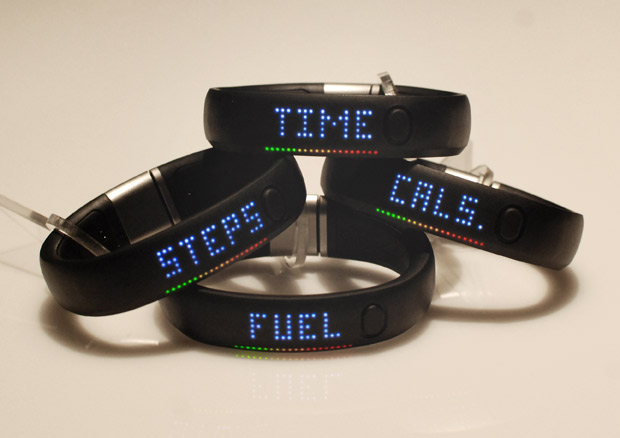 Well Being is a long term trend that we have been watching since years, and we still are…. We now can find a range of health and fitness related apps that keep track of our health, today, two major companies in this industry have launched real new products.

Runkeeper, one of the major actor of the “digital wellness” has attracted since 3 years a massive databank of users : 8 millions health-conscious enthusiasts are keeping track of their miles, time and calories burned on iOS, Android or Windows devices! Runkeeper has partnered with a number of companies, sites and healthy lifestyle blogs.They also announced integrations with Wi-Fi body scales from Withings, heartrate transmitters from Polar …

But they want more END_OF_DOCUMENT_TOKEN_TO_BE_REPLACED

CreativeMornings is a global breakfast lecture series for creative types. Each monthly event is free of charge and includes a 20 minute talk, plus coffee!

And it’s a super idea invented by Tina Roth Eisenberg aka @swissmiss. She started CreativeMornings in September 2009 in NYC, wanting to create an accessible, inspiring morning event for people to meet.  Some have called  it the “TED for the rest of us”.

You can now enjoy those precious moments in more than 25 cities. 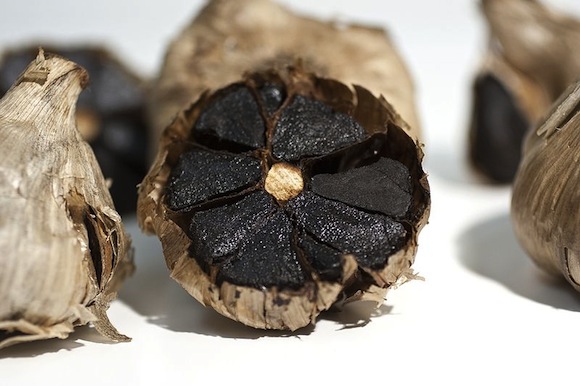 There is an important trend and fascination with black food: wild rice, balsamic vinegar …. because it is uncommon and some how weird and strange to eat black food. There are still unusual products to discover such as black garlic. It’s a real garlic that’s been through a 3-week fermentation process and a 1-week drying process, using a variety of temperatures and humidity levels.The unique colour, taste, and texture of this product are accomplished without any additives.

It has a tender, gelatinous texture, which melts in your mouth like stewed fruit or prunes. END_OF_DOCUMENT_TOKEN_TO_BE_REPLACED

Learn from yesterday, live for today, hope for tomorrow. The important thing is not to stop questioning.

Every time I see an adult on a bicycle, I no longer despair for the future of the human race.

“SparkTruck” is a traveling workshop and educational build-mobile, providing hands-on learning and encouraging kids to make and create. Through 21st century tools, technology and materials a team of Stanford d.school students tour the US sharing the power of creativity.

“SparkTruck”  like a small Fab Lab enables communities the opportunity to use a laser cutter, 3-D printers, sewing machines, a clay oven and more.The project had been funded trough Kickstarter,  the famous crowdfunding community.

Local production is a deep long term trend corresponding to a need of roots and proximity. In Brooklyn  a project called Made by Hand aims to promote what is made locally, sustainably, and with a love for craft. The project takes its influence from the handmade movement here and elsewhere.The things we collect, consume, use, and share are part of who we are as individuals. The food that we eat says something about each of us, as do the tools we buy. Objects that are in our space tell stories on us and on the people who made them. 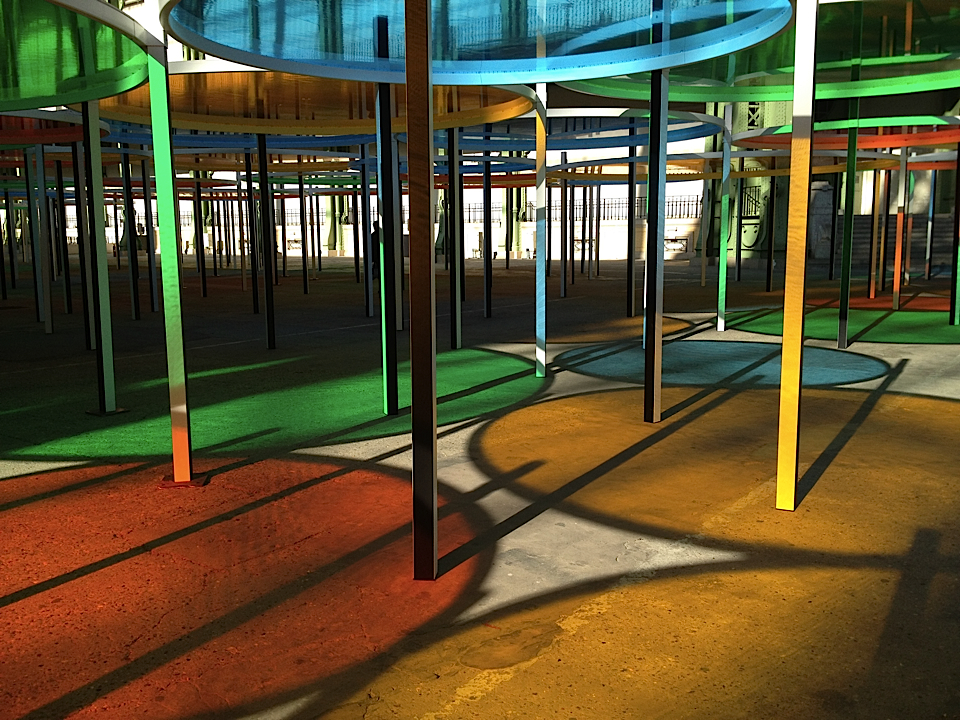 Each year, the Grand Palais in Paris offers the entire nave to a sole artist for a great challenge called Monumenta. This year, the French artist Daniel Buren followed in the footsteps of Anselm Keifer, Richard Serra, Christian Boltanski and Anish Kapoor. With his in situpiece, “Excentrique(s)” — which means both “elliptical” and “eccentric” — Buren has built a true artificial landscape: a fascinating forest with a canopy of circle-shaped colored pergolas.The visitors’ path in this forest leads to a sort of clearing under the Palais’ large central dome.

There, huge circular mirrors are installed, reflecting the ambient colours of the installation in a magical way.

After spending a while in the installation, “Excentique(s)” becomes a very intimate space; life is seen through many different hues and we simply want to remain and be immersed in its magic. A precious moment ! END_OF_DOCUMENT_TOKEN_TO_BE_REPLACED

It’s years now that I think the DYI movement is a huge trend in society that will change radically our way of seing the world.

What best example than the story of Caine a 9-year old boy who spent his summer vacation building an elaborate DIY cardboard arcade in his dad’s used auto parts store.

Caine dreamed of the day he would have lots of customers visit his arcade, and he spent months preparing everything, perfecting the game design, making displays for the prizes, designing elaborate security systems, and hand labeling paper-lunch-gift-bags. However, his dad’s autoparts store (located in an industrial part of East LA) gets almost zero foot traffic, so Caine’s chances of getting a customer were very small, and the few walk in customers that came through were always in too much of a hurry to get their auto part to play Caine’s Arcade. But Caine never gave up.

One day, by chance, Nirvan Mullick,  a filmmaker & digital strategist , walked into Smart Parts Auto looking for a used door handle for my ’96 Corolla.

What he found was an elaborate handmade cardboard arcade manned by a young boy who asked him if he would like to play. Nirvan asked Caine how it worked and he told him that for $1 he could get two turns, or for $2 he could get a Fun Pass with 500 turns. He got the Fun Pass.

And that was the beginning of a viral & successful story. Nirvan made the buzz, created a website, a Facebbok page, a Twitter account, a flashmob and a Scholarship Fund for Caine.

What a great story !