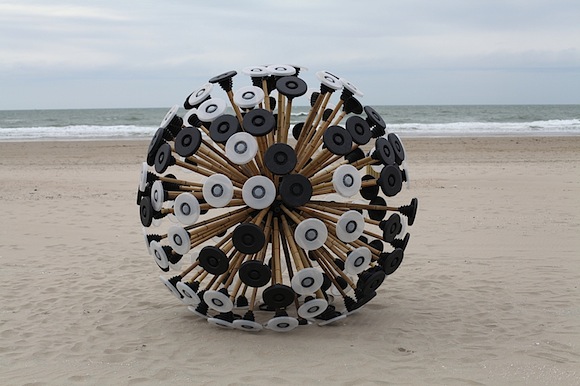 Mine Kafon 2010 by Massoud Hassani

In the new generation of designers we find people really involved in changing the world around them.

Massoud Hassani is one of them. He designed “Mine Kafon” – a low-cost wind-powered mine detonator. As Hassani explains “The design industry is perhaps too focused on tables and chairs, I think we can use our talents to find design-based solutions to more serious problems.”

Built out of inexpensive, prefabricated materials, the device consists of a heavy plastic core containing a GPS tracker, which is attached to bamboo sticks with plastic feet at each end that enable it to “walk”. Mine Kafon with its skeletal structure of spiky plungers resembles a giant spherical tumbleweed  and all it needs is a windy day to move across a minefield. If it get destroyed by the landline it’s easy to replace the broken “bamboo legs”.The video done by Callum Cooper will show you this low tech and high designed device. 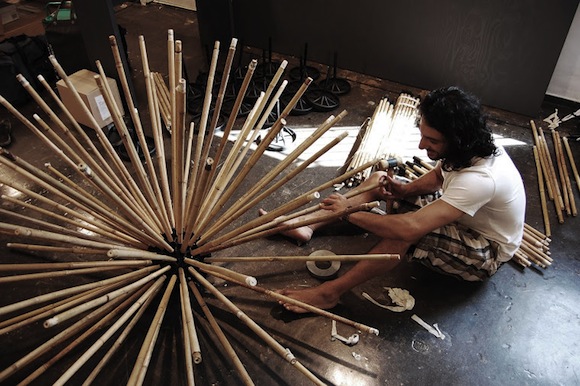 Hassani explains the roots of his project: “I grew up in Qasaba, Kabul. My family moved there when I was 5, and at the time there were several wars going on. My brother Mahmud and I we played every day on the fields surrounded with the highest mountains in our neighborhood.

We learned to make our own toys. One of my favorites was a small rolling object that was wind-powered. We used to race against the other kids on the fields around our neighborhood. Mostly our toys landed in areas where we couldn’t go rescue them because of land mines. I still remember those toys I’d made that we lost and watching them just beyond where we could go.

Almost 20 years later, I went back to Qasaba and made those toys again. That was my graduation project for the Design Academy Eindhoven (2011). I remade one, making it 20 times bigger as well as heaver and stronger. Powered by the wind, it’s meant for the same areas which were (and still are) full of mines.” 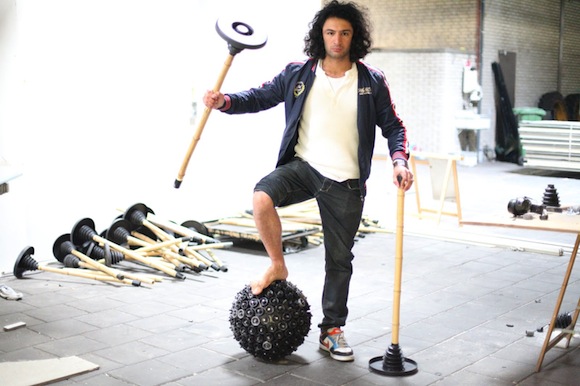 Hassani  just launched a kickstarter campaign to raise funds to improve his Mine Kafon and you can be part of this human and meaningful adventure!