Daan Roosegaarde’ s goal is simple: “I’m a voluntary prisoner of my own imagination, and I want to update reality,” he explained in a fascinating interview with The Creators Project. His interactive designs are tactile high-tech environments.  ‘Techno-poetry’ is the word Roosegaarde uses to describe the connection, between ideology and technology. His work is changing the way we perceive the world by playing at the boundaries of analog and digital.

Studio Roosegaarde his design lab, recently conceived Smart Highway and team up with the Dutch construction company Heijmans to realize the first interactive road of tomorrow. This smart road use light and road signs that interact with the traffic situation to provide us comfort and safety.The Glowing Lines charge at day-time, and glow at night for eight hours. The first road has been realized and more will come.

Vincent Van Gogh Masterpiece “The Starry Night” is the inspiration behind the design of a glow-in-the-dark bike path in the Netherlands.The trail extends between Eindhoven and Neunen where Van Gogh spent part of his life. The trail’s opening marks the launch of the International Van Gogh 2015 year, which will celebrate the 125th anniversary of the artist’s death.

And, it is just incredibly poetic! 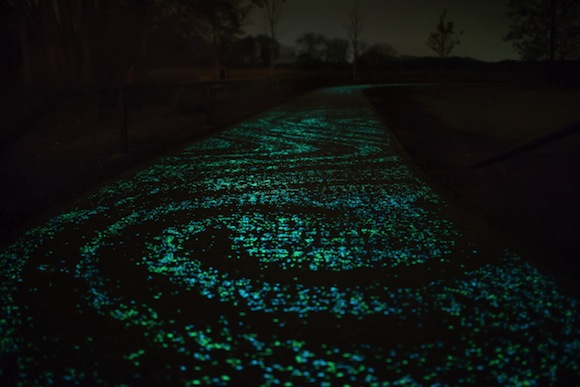 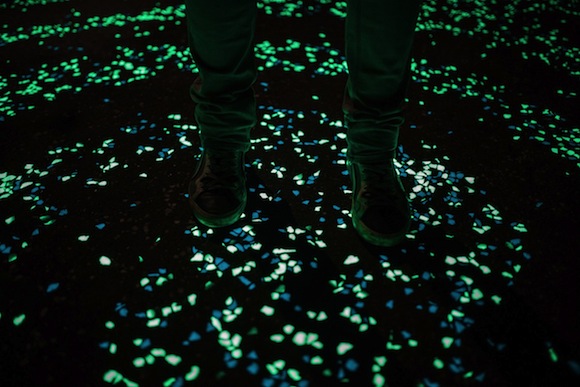 BODY IS THE MEDIA
0

← Back from Milan
Silo: The Zero Waste Restaurant →