Is bed the new desk?

The art of working on pillows

Is typing on a laptop while be lying in bed more comfortable and productive than hunching over a desk? May be not but, the time when we only were working sitting at a desk is really behind us. Thanks to phones, laptops, and tablets, our places of rest are increasingly becoming our places of … work! 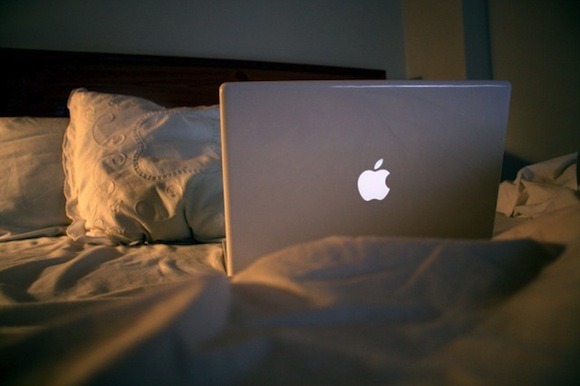 Researchers who study work habits say a new generation reared on mobile devices is increasingly accustomed to using them while propped against pillows, lying down or in a fetal curl. A lot of us already read or respond to work emails from bed. Some people who work from bed are intent on staying ahead of email, or responding quickly to customers or co-workers in different time zones. It is true that when you work with people all around the world, it is really difficult to avoid working from bed.
The trend has spawned demand for gadgets that make plugging away from our pillow even more comfortable, from stands and cushions to beds. In US bed manufacturers are working on building into the base of the bed plugs for lights and electronics.

Working in bed is not just about convenience or comfort: it is also a statement and a hijack. Previously, only creative people had this fantasy which is now open to any one of us. Famous writers like Orwell, Proust, Colette, Mark Twain and Churchill all liked doing it. Could it have been because writing in bed can help access the unconscious?

This long term trend is also entering in offices to make them more casual and cooler. “Hosu” recently designed by Patricia Urquiola is a convertible work lounge or can we call it a “work-bed” that creates a comforting personal space with storage pockets for devices and cords. 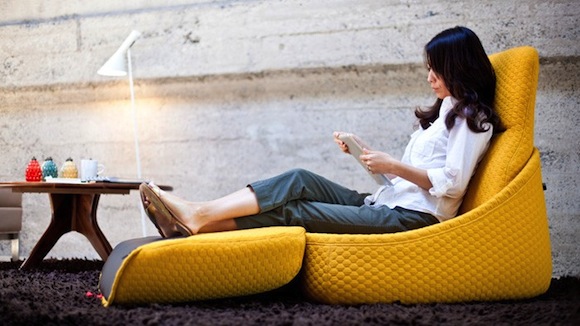 As the boundaries between work and leisure are getting more and more blurred every day, bed offices could really be a part of our future.

On the other hand there is another reaction to the narrowness of the desk and to the sitting position. Be sited seems to be the source of many diseases, more and more studies prove that it’s really not a good idea to sit for more than 9 hours a day. As Dr. Toni Yancey, a professor of health services at the University of California, Los Angeles says : “The science is still evolving, but we believe that sitting is harmful in itself. This explains the mainstreaming of the standing desk. Some designers are proposing luxury version on the standing desk such as the Stilvoll Crescendo a wonderfully versatile stand-up desk made of American walnut.We also see a community of early adopters who share online their best hack made with Ikea Basics. 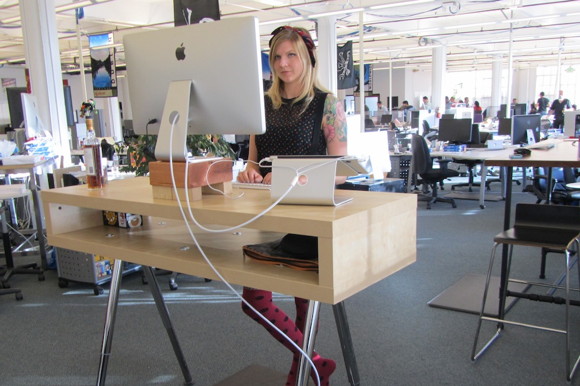 This is not a new debate: since Nietzsche’s declaration: “The sedentary life is the very sin against the Holy Spirit. Only thoughts reached by walking have value.” there has been disagreement among writers, doctors, and designers as to whether inspiration and creativity come from being seated and quiescent, or from being upright and vigorous. Ernest Hemingway said that “writing and travel broaden your ass if not your mind and I like to write standing up,” which he did by perching his typewriter on a chest-high shelf, while his desk became obscured by books. Authors as Virginia Woolf, Lewis Carroll, and Fernando Pessoa all wrote standing up. Philip Roth, one of America’s greatest living authors stands at a lectern to write and paces while he thinks, claiming to walk half a mile for every page he writes.

The end of work as usual

The next level in this deconstructivist approach of our work’s practices will be to completely get rid of the idea that you need to be correctly seated in order to work well. Some sensitive people are already having walking-meeting on their work hours… this is just the end of a paradigm.

Charity is the new black

for the love of blue
0

← Simple as abc
Gun for peace →