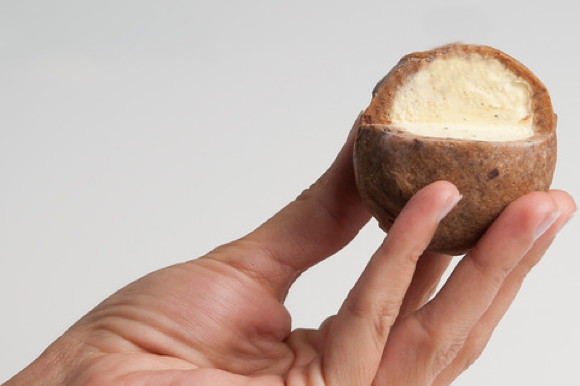 Would you eat the plastic package that held your yogurt or orange juice this morning? Of course not and also like most of us you wouldn’t recycle that container either. David Edwards a Harvard professor has come up with a form of edible packaging that houses food in the same way the inside of a coconut or a grape is protected.

This edible packaging, called WikiCells, is “entirely comprised of natural food particles held together by nutritive ions.” It can be used to hold either food or drinks and taste like whatever is hold. WikiCells could be the answer for both the health conscious and environmentally-conscious consumer. According to the U.S. Environmental Protection Agency, the United States alone generated almost 7 million tons of plastics as nondurable containers and packaging in 2010. Only 12% of these packaging plastics were recycled. 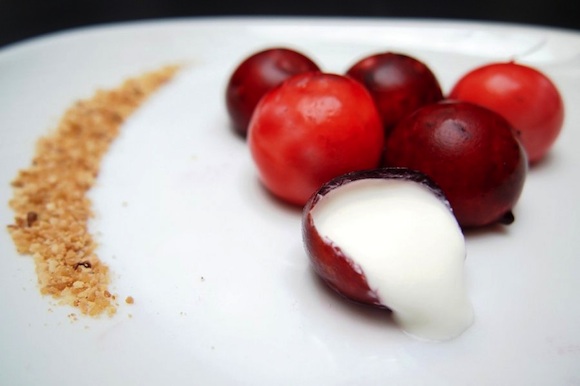 “The notion of Wikicells is that you are englobing liquid, foam, or something else in a soft membrane held together by food particles that are being connected by electrostatic charges to each other and to a small amount of natural polymer” says Edwards. “This soft skin may be comprised primarily of small particles of chocolate, dried fruit, nuts, seeds, or many other natural substances with delicious taste and often useful nutrients. Inside the skin may be liquid fruit juice, or thick pudding.” So far Edwards and his collaborators—chief among them the industrial french designer François Azambourg—have experimented with a gazpacho-stuffed tomato membrane, a wine-filled grape-like shell, and an orange juice-laden orb with a shell that tastes like an orange. An edible milk bottle or an edible yogurt container are studied. 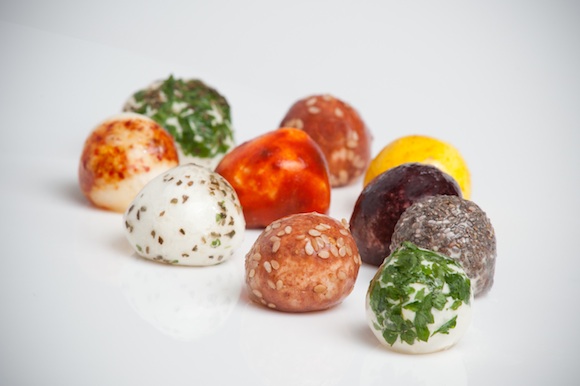 The first commercial product to be launched by the company is Wikicells ice cream – balls of ice cream served in a bagasse container . A high-tech version of something the Japanese have long enjoyed: ice cream-stuffed mochi. 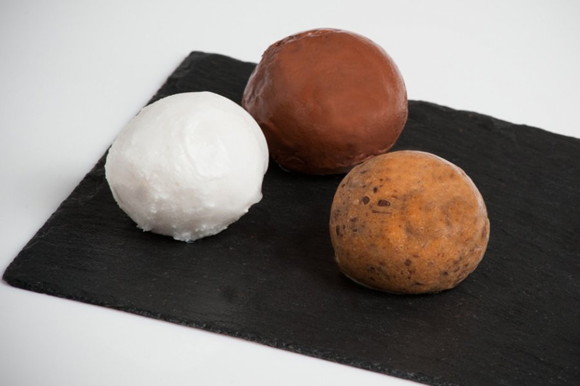 What I find very interesting is this new technology is not only the sustainable dimension of the packaging but its edible quality which may really change the way we eat in the future. Other culture have been for centuries developing edible packaging such as dim sum . Wikicells could be a modern and industrial version of that and open a complete new territory for creativity. 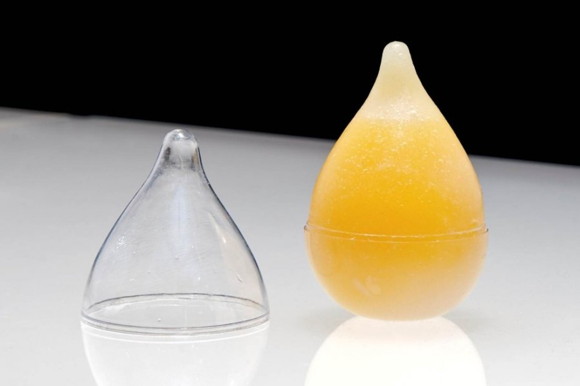 We also noticed that one of the long term food trends is our love to grabb food directly with our hands: think of the success of hamburgers, french fries, and more recently sushis. Being able to eat the packaging could bring interesting new combinations of taste and will change our relation with food.