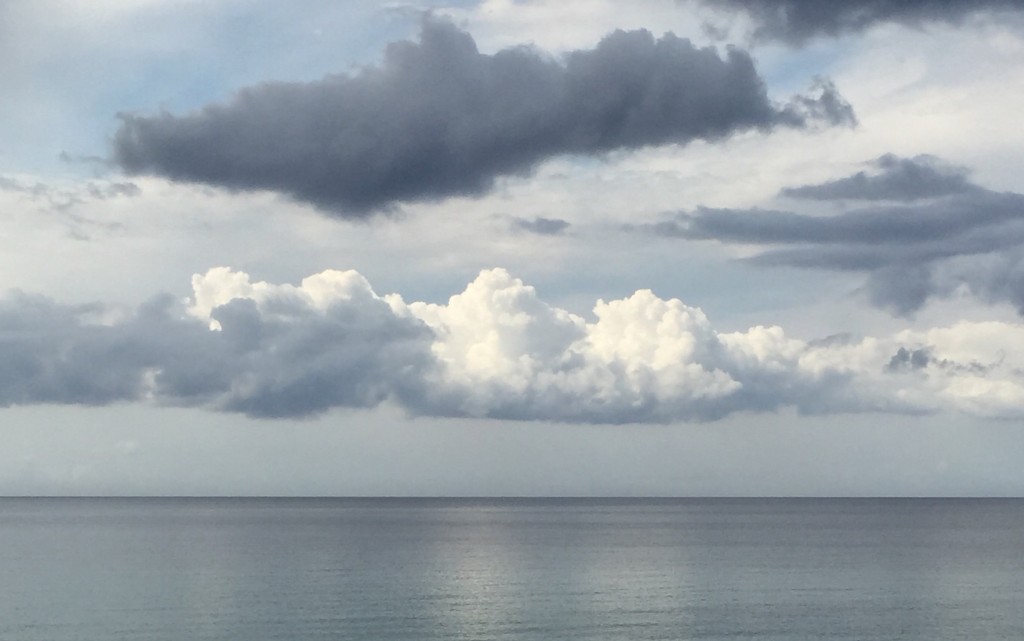 I am a collector but not of objects. As a trend forecaster I prefer signs and signals. I recently noticed that I was collecting clouds in all forms: wind-propelled balloons, cloud-like installation, inflatable sculpture, floating device ….

Clouds come in many shapes and forms: there are storm clouds, fair-weather clouds, clouds of change and clouds of war. Clouds symbolize air and,they are often associated with intellectual ideas and abstract thinking. They are above us exactly like the virtual cloud containing all our lives and datas…

I thought also of « The Unbearable Lightness of Being » by Kundera and wondering if in these difficult time we were attracted by something extremely fragile. Something that would give us the feeling of how life is ephemeral. What could be more fragile and elusive than air and clouds? 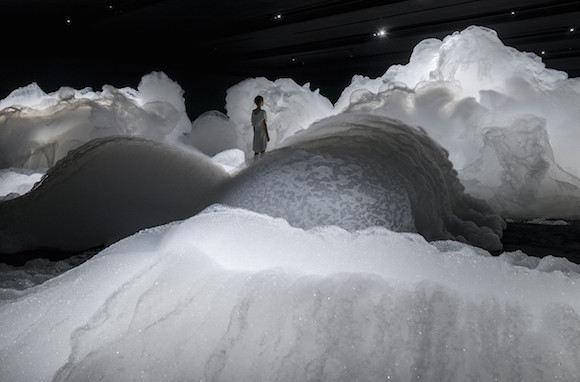 Kohei Nawa born in 197 is currently based in Kyoto. One of his creation is an immersive cloud-like installation made of foam. Located in a dark room, the piece consists of floating small bubbles (like cells) that accumulates to form a temporary structure. Nawa says, “Each bubble cannot escape the cycle of birth and destruction, which is not unlike the way our cells operate as they metabolize and circulate.” 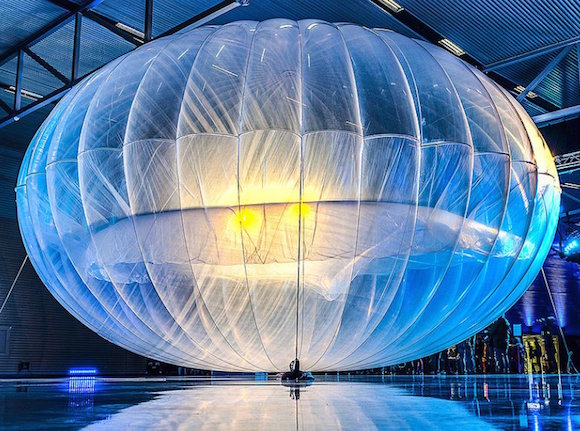 Google X’s Project Loon is an ambitious initiative to bring balloon-delivered internet access to remote areas and developing countries. Loon began in 2011, it’s first testing period – in 2013-  was in New Zealand and involved 30 balloons, followed by Australia and Brazil. Now P roject Loon is targeting Indonesia because two-thirds of its citizens don’t have Internet access which means 100 million people! Loon will fly its balloons more than 12 miles in the sky to beam down internet access to any LTE-capable smartphone. 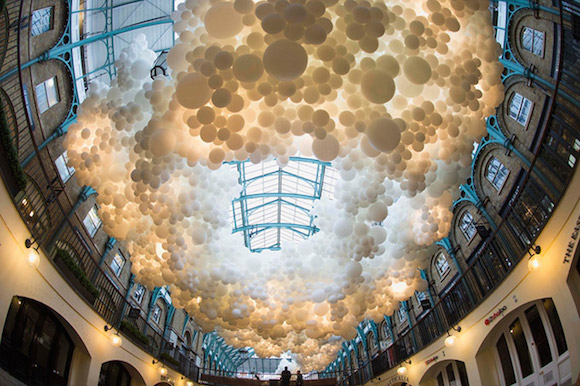 In his Invasions series, Paris-based artist Pétillon use balloons to alter the way people perceive familiar things and spaces. He recently did a huge installation in Covent Garden Market, the inflatable sculpture incorporates 100,000 white balloons. « The balloon invasions I create are metaphors.Their goal is to change the way in which we see the things we live alongside each day without really noticing them. Each balloon has its own dimensions and yet is part of a giant but fragile composition that creates a floating cloud above the energy of the market below, » Pétillon said. 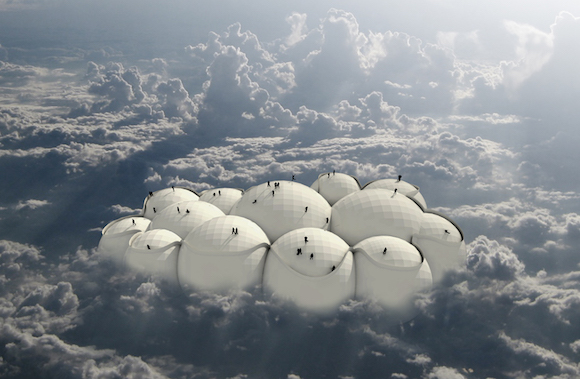 New York architect Tiago Barros proposed « Passing Cloud » a new vision on traveling, based on the old Zeppelins. It is an innovative and environmentally friendly method of transportation.« Nowadays, traveling is achieved with this idea of having a fixed destination and an estimated time of arrival. « Passing Cloud » completely inverts this system. A floating device is introduced that travels according to current predominant winds. It has no fixed time of arrival or place for arrival.The journey becomes the essence. Imagine traveling at wind speeds in a totally sustainable object that leaves no Human trace behind.

These examples are just a few of my clouds collection. Clouds are symbols of change, I hope my sudden interest means that our futur will be fragile yet bright.